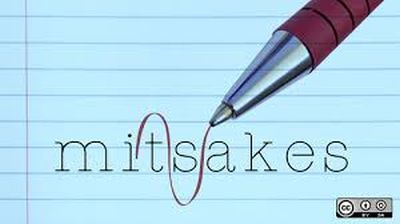 There they stood, a father who had expected more maturity than his son possessed, and a 17-year-old boy with a hangover trying to figure out what happened.

“Sure, I let him have a few drinks with me at home,” the father said to me. “But I never expected him to drink and drive.” I turned from my task of boarding up the window that the boy had broken in a drunken stupor the night before. I stared speechless at the father. My silence told him everything, and he looked away to the boy standing beside him, hands in his pockets, head down.

The story had begun at 2 a.m. when I heard a banging on my front door. I was home alone, so I ignored it. The next morning I walked next door to my neighbors’ house. They were out of town and I was keeping an eye on the place. The first thing I noticed was a pair of muddy tennis shoes on the porch. Then I saw the broken ornamental window in the front door and the trail of blood to the driveway. I called the police, and the dispatcher put me through to an officer who filled me in on what I had missed in the wee hours. The drunken 17-year-old had pulled up on our street in his father’s pickup truck and was going door-to-door trying to find the home of a buddy (who, as it turned out, lived the next street over.) Convinced his buddy was just ignoring him, the boy broke my neighbors’ window and cut his arm. He made it to the driveway before passing out. A passerby saw him and called the police. It was all over but the cleanup, which was my job.

I was covering the window when the father came by with his son in tow. He ordered the boy to apologize. I told him he was lucky he hadn’t broken my window because, like any sensible Texas woman, I kept a gun nearby when my husband was out of town. It had the desired effect and the boy flinched. Then the dad told me how surprised he was that his attempts to teach responsible drinking had failed. I thought, “You taught him how to drink, but apparently the rest of the lesson was lost on him.”

Last week in this blog I shared my theory that parenting has taken a turn since the 19th Century when children were considered family assets who contributed to the household income. The more children, the better because a big family meant lots of laborers on the farm or in the factories. Today’s children are precious ornaments to bring their parents joy. We have fewer of them so we can focus more attention on them. It makes for a satisfying family life, but it doesn’t necessarily prepare children for a place in the world when they become adults.

I have a friend whose father kept a pile of stones in the back yard. When a child misbehaved, he or she was sent out back to build a wall with the stones. The next child in the dog house had to tear the wall down, and so it went. I believe that dad was trying to recreate a bygone world in which children learned from physical labor, even if the wall building was an artificial lesson. I admire him for trying.

The family is different today from the 19th Century family. The world is different, too, requiring different survival skills – social, technological and environmental. But some of the old skills are still needed – will power, sweat, sacrifice, delayed gratification, independence, respect for authority.

If you raised a star quarterback or a first-chair violinist in the school orchestra (or a drinking buddy), you probably thought you were teaching them all the right skills – practice, hard work, commitment. But just like the dad who assumed his son would be smart enough not to drink and drive, you may have overestimated the child’s ability to learn real-life skills from their ornamental childhood pursuits. They may be able to score a touchdown or 1500 on the SAT, but can they wield a hammer or change a tire or run a cash register when the boss isn’t giving out trophies for participation? Or for that matter, after you got them into that Ivy League school by push and shove, will they get out of bed for classes when you aren’t around anymore?

Very little that your adult children did in their youth was necessary. As parents you were probably too caught up in enriching their lives to notice that something was missing – the part where you empowered their lives. Now you have an adult who may not know how to cook, clean, stick to a schedule or a budget, find a job, respect a boss, get to class, go to bed before dawn, wake up to the alarm, or “just say no” to a variety of temptations. You weren’t a bad parent. But now you have some cleanup work to do.

The key thing to remember is that your adult children cannot be “managed” anymore, but they can be influenced by you as they continue to develop life skills. Every launch requires planning and systems checks. Now your adult children are on the launch pad, they have a problem and you’re “Houston.” How will you talk them through it without solving it for them?

Them: “There are no good jobs around here!” (Spoken from the couch with remote in hand.)
You: “Yes, the job market is tight. It’s much harder now than when I was your age. What are your friends doing for work? Would you like me to offer any suggestions? I know the owner of a local business. Maybe he’s hiring. Would you like his name and number? Or we could drive around town and get some ideas.”

Them: “I’m failing two of my classes!”
You: “Oh. That must feel frustrating. What are your options?”
Them: “You don’t get it, I’m out of options!”
You: “I guess it must seem that way. But let’s brainstorm…”

Them: “I think I’m going to get fired!”
You: “Why do you think that?”
Them: “The boss just doesn’t like me.”
You: “Tell me about a typical day at work.” Followed by, “Could you have handled that differently?” And, “How important is this job to you?”

Them: “I’ve declared a major – feminist studies.”
You: “That sounds like a good fit for you. If you want I can help you explore some minor fields that may give you job skills to support your passion. How do you picture yourself following your dream?”

Them: “I’m in jail for drunk driving and for trying to break into someone’s house.”
You: “What happens now?”
Them: “Just get me out of here!”
You: “I’ll wait to hear from you when you have more information. I’m worried, so please get back to me soon.”

You see the pattern? Your adult child has a problem that they don’t seem to have the tools to solve. Perhaps you failed to teach them those tools when they were young. Now they need your help. But they don’t need you to solve the problem for them as you did in the past. Validate their feelings. Pose questions that keep the ball in their court. Offer limited ideas if they ask for help. Rinse and repeat.