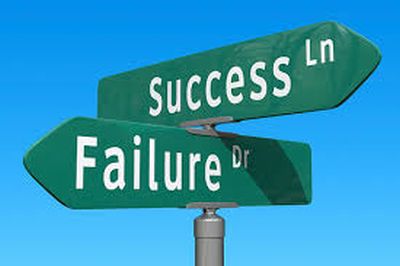 Expectations are the seeds of disappointment.  Yes, those lofty goals you set for your baby fresh out of the womb may be the reason you are kicking yourself 20 plus years later: “My son the doctor.”  “My daughter the astronaut.”  Even your most modest dreams for your child – college, career, marriage – could be causing you unexpected grief when your child leaves the nest.

The stigma of “lowered expectations” has kept many parents from adjusting their vision to fit reality.  No parent wants to lower the bar for a child. But what about eliminating the bar, expanding the dream, refocusing the lens on the independent spirit that is your child instead of on your fantasy?

Some things such as physical or mental handicaps force a parent to throw out the blueprint.  Giving up on the dream is not so simple when your child freely chooses another path. When the path is destructive and potentially irreversible, adjusting your expectations is gut-wrenching. Nevertheless, you must.

Notice the words I’ve used so far: expectations, goals, dreams, vision, bar, blueprint, path.  As my husband, the retired Army officer, is fond of telling me, “No plan survives contact with the enemy.” Your child is not the enemy, but reality is. It’s time to take a hard look at reality and make peace with that perceived enemy.

In that vein, I offer a few success stories. Prepare to throw out what you thought was “success” for your children. (Oh, by the way, it was never your job to define “success” for them in the first place.)

My friend “Luke” was well into his 60s before he could put aside his anger and see his son “Josh” for what he is – an honorable, hard-working man who will never marry, never own a home, never finish college and possibly never get regular haircuts. For years Luke viewed Josh’s life as a “terrible waste,” that brought his parents “deep despair.”  Josh bounced around in what Luke thought were dead-end jobs. Then came the day when Luke, a deeply religious man, realized he needed to turn the problem over to God and he began looking for divine intervention. It came quickly in the form of a job opening that Luke heard about.  It was entry-level and Josh was well into his 30s, but Luke helped Josh with the introductions and he got the job. Quickly Josh became indispensable to his new employer and moved up through the organization. Skills that he had picked up at all those previous “dead-end” jobs turned out to be invaluable.  Apparently Josh was a “genius,” (his boss’s word) and probably had been all along. His ability to pick up brilliant technical skills from a checkered work history translated into what is now a 20-year career with his company. He didn’t need a degree. And he apparently doesn’t need a wife, a mortgage or a snappy wardrobe to make him happy. He is a “success story.”

A man I had never met before shared his success story, unbidden, as we sat in the hot tub at our community pool. (These things happen to me regularly.)  He had returned from the Vietnam War a broken man, and coped badly with his two sons. He left much of the parenting to his wife.  One son died and the surviving son developed some serious emotional and mental problems.  The day came when the boy held a gun to his own head and Dad had to talk him down from pulling the trigger. Healing began when Dad came clean with his son about the legacy of the war and how it had affected his family.  Dad told his son about the night in the foxhole when a grenade exploded, killing several of his closest friends. That pain was nothing, he said, compared to seeing his own son hold a gun to his head.  The son now is building a career in a mental health field, counseling others.

Another stranger in the hot tub joined our conversation.  His own son came out of the womb defiant. It was a rocky road until the young man joined the military and went to boot camp.  There he found the right mix of authority, respect and camaraderie.  Today he is in college, expecting a baby and planning a career. “Five years ago,” said Dad, “if you had told me this was going to happen, I would not have had that kind of faith.”

I, too, did not have that kind of faith when it came to my own son James. I frequently tell people he was the one we were certain would end up living under a bridge. There were times when he came close. He did not lack opportunity, intellect or heart. But he was on his own timetable, not mine. His father and I prayed for him to hit bottom so he could begin to rise.  I remember the day I paid him a surprise visit at his menial job. I had not seen him for months. His countenance was dark, his demeanor lethargic. He quickly tossed away his cigarette, knowing I would not approve. For the first time I realized that no amount of parental disapproval, nagging or expectations would help. He had to find his own way. And miraculously, he did. He looked around one day and said, “Enough!” He enrolled in a trade school and began a career where he is now valued among the best at what he does. He married a good woman whose expectations of him meant more than mine ever could. Now he is the doting father of two daughters for whom he is building high expectations.

The moral of the story: Expectations and plans are a normal part of parenting, but so are changed expectations and altered plans. Expect the unexpected and you’ll never be disappointed.