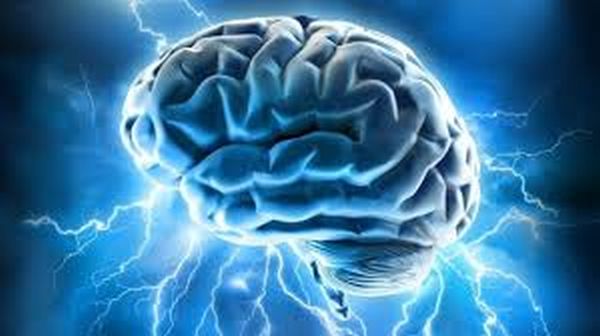 If you have a troublesome adult child, you may have it within the power of your own brain to make a difference. It will require you to dust off your “reticular activating system.”

Two decades spent as a reporter in newsrooms taught me something valuable about how the brain works. In a typical small newsroom, the police scanner is always chattering in the background. It’s a menu of constant white noise, usually drowned out by the clamor of reporters working the phones, editors shouting about deadlines or the tap, tap of keyboards. None of us were really listening to the police radio. Yet, whenever the words “shots fired,” or “body”, or “robbery in progress” issued forth from the scanner, all other noise in the newsroom stopped. We were all ears.

I recently learned that this phenomenon of selective hearing is due to “reticular activation.” You hear what’s important for you to hear. There’s even a part of your brain, the “reticular activator” whose function is to call something to high attention. Without it, your senses would be overrun by junk. You might also call it your “grid of perception.” Let’s say one day you decide that you want a tattoo. (Humor me here.) Suddenly, it seems like everywhere you look there’s a tattoo parlor. It’s your brain’s way of sorting what’s most important: “Look! There’s that thing you were interested in.”  It’s the reason you can sleep through a thunderstorm, but your alarm wakes you up, because you told your brain it was important. (It may also be the reason your adult son living in your basement sleeps through multiple ear-splitting alarms — because deep down inside he isn’t really committed to waking up. Or maybe that’s just my mom pseudo science trying to explain the inexplicable.)

You may not need a scientific reason for spiritual phenomena, but the “reticular activator” is the science behind the uses of meditation, affirmation statements and even prayer. They are all methods for telling your brain what you care about.

If you begin your day with 30 minutes of meditation, your thoughts will roam to the things that bring you joy, the things that trouble you and the responsibilities facing you that day. Your “reticular activator” is taking notes. It’s not a coincidence that throughout the day, you will recognize solutions to problems or avenues to goals that you might not otherwise have seen had you not alerted your brain to look for them.

Similarly, affirmation statements are not silly science. Sticky notes around your house (“I will lose 10 pounds), or a repeated mantra (“I will get a promotion at work”) will point your attention toward the tools already available that will help you make that affirmation happen. You’ll notice an ad for a healthy snack or you’ll see an opportunity at the office to show your stuff. Simply put, when your thinking mechanisms go to work on a target, things happen. You still have work to do, but now you have help.

My husband was a Army intelligence officer trained as a “psychic spy” in a top-secret ESP discipline called Remote Viewing. I don’t pretend to know how it all works, but it does. He was taught by the pioneers in that discipline that before his brain could tell him what was important, he had to set aside what wasn’t important. He and his fellow psychic soldiers would make a written list of minor “inclemencies” that were weighing on them: “Pick up milk on the way home.” “Who will take the dog to the vet tomorrow?” “Did I turn off the iron?” The list would be set aside with a promise to themselves to return to it after the explorations of the mind. Similarly, meditation, prayer and other forms of pondering require us to set aside the nagging stuff with a promise to return to it later. It gives your mind permission to explore what’s really important.

I’m not a psychic. I don’t meditate or chant in the morning. But I do pray. That early conversation with God is a way for me to postpone the small stuff and frame my priorities. I begin with thanks, a practice that is a powerful motivator to look for blessings throughout the day. When I get down to asking for more blessings I try not to make it a shopping list. Instead I ask for things that I might have some control over in a partnership with God. For example, I’ll ask for a way to accomplish some task during the day – dealing with a difficult person or helping a sick friend. My “reticular activator” goes to work helping me recognize opportunities when they flit past me during a busy day. “Look! There’s that thing you asked God for.” I don’t discount God’s help in the equation, but I do take seriously my own responsibility to do my part.

Let’s say that your prayer, your affirmation, your mantra or your meditation is focused on the problem of your adult child: “I can help my daughter become a more capable mother.” I guarantee that if you are serious about this, your brain will begin distinguishing solutions from white noise. You will notice the way a friend handles a similar problem. You will hear a song on the radio that gives you an idea. Your eyes will find a previously overlooked book on the shelf. An item in the news will get you thinking about resources. A conversation with your daughter will unexpectedly present an opening for you to understand and even help.

Socrates is credited with the rather harsh dictum that “The unexamined life is not worth living.” I would say that the unexamined life is sign of a neglected “reticular activator.” It’s not quite as pithy, but it makes my point. If you don’t take time to ponder a problem or challenge, you will stumble through it without a hope of solution.

There is hope all around you if you take the time to tell your brain what your priorities are. You’ll start seeing tattoo parlors on every corner.

(I suggest a powerful podcast on this topic featuring cartoonist Scott Adams, creator of “Dilbert,” who turns out to be a believer in hypnosis and the power of affirmations. And as a side benefit, you’ll get a peek into the persuasive powers of Donald Trump.  Listen here.)