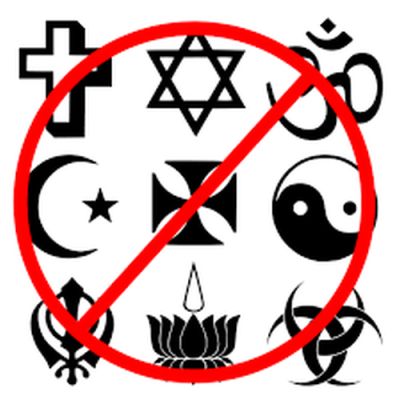 If your adult child has left the church in which you raised them, you join an ever growing community of parents trying to figure out why. Parents who feel a strong connection to their faith wonder why they didn’t pass that on to their children.
A Pew Research Center poll  found that 51 percent of your generation attends religious services weekly and two thirds of you say you pray every day. But only 27 percent of “Millennials,” (born after 1980) attend church regularly. They are more likely to describe themselves as “spiritual” but not “religious.” They check “none” in the religious-preference block. Among  Christians, more than half of who attend church regularly as children stop attending when they leave home.
What happened?
The answers are as numerous as the individuals, but here are a few reasons why your children may leave your faith:

● It was boring. Sitting on a bench for even an hour (some church services longer) may comfort an older generation, grown more introspective through life’s trials. It will not stimulate young adults raised on instant electronic entertainment and tied to their smart phones. When given a choice on a Sunday morning, they would rather be texting, having brunch with friends or sleeping off Saturday night. The symbolic rituals do not speak to their age group. The music – whether traditional Protestant hymns, Torah passages set to music or Christian rock – can’t stand up to their sophisticated tastes.

● For more thoughtful young adults, the doctrine of your faith may not ring true to them any more, if it ever did. They may reject the Trinity or be skeptical about miracles. Reincarnation may be more appealing to them than resurrection. Their age is a time for exploration of new ideas coming from anyone but you. In fact, you may wonder if they would have fared better had you raised them as “nones.” Then they could discover religion on their own without the taint of parental endorsement.

● Secular humanism, the belief that a person is capable of morality and self-fulfillment without a God, is a powerful draw for them. They want to be decent people, but they want to do it on their own terms. This is the age when your child talks about joining the Peace Corps, or forming a non-profit corporation, or marching for equal rights – all noble aspirations. But for you, those would not require a rejection of faith. In fact, you remind your child of the role organized religion has always played in noble ventures. They remind you of the Crusades and Salem witch trials.

● You raised them on scripture, but it remains a foreign language to them. The King James Version with its “thees” and “thous” is bulky and sonorous. Even modern translations of the Bible seem turgid to young ears. The stories of Noah’s ark and chariots of fire entertained them as children, but now strain the credulity of a generation that thinks it knows better.

● Materialism is the religion of their generation. I’m not talking here about acquiring things, although there is plenty of that among Millennials. I’m using the philosophical definition of materialism – that physical matter is all there is, that science explains everything, that nothing exists if it cannot be observed by the physical senses. It takes an uncommon bedrock faith for a young adult to stand up to that philosophy. That kind of faith comes from years of experiences that cannot be easily explained in materialist terms.

● Alongside materialism is the religion of “cultural relativism,” the belief that values and norms change with the times and context. Specific moral and ethical codes become old fashioned because society says so. Something is only good or bad if the majority believes it to be so. A child raised in a strict religious tradition where right and wrong are keyed to a belief in a higher authority can be knocked off their feet by cultural relativism. (An example of moral and cultural relativism is this short exchange between a Millennial and Christian theologian Ravi Zacharias. It’s what you would say to your adult child if you could find the words.)

● Hypocrisy ranks high on their list of deadly sins. They see it everywhere, even in you. They can be unforgiving when they see it in a church member or clergy. They will not grow out of this phase until they see it in themselves.

● Religion is simply too hard. Your faith may ask them to tithe, abstain from extra-marital sex, say no to alcohol and tobacco, pray multiple times daily, teach a Sunday School class, confess their sins, clean the Synagogue, visit lonely widows, pull weeds at the rectory, not dance, not celebrate holidays, not eat certain foods, and the list goes on. Your young adult, flush with the first taste of independence, may say, “Enough!” It’s not that they no longer believe. It’s just that for now it all seems like the baggage of an older generation. The time will come when they see that you were right about alcohol and gratuitous sex, or that confession is good for the soul,  or that prayer brings peace. But not now.

● There are pernicious influences in the Millennial culture that block the subtle promptings of faith and spirit – pornography, “recreational” drugs, video game addictions and alcohol to name a few. Time was when you could put a label of “sin” on those behaviors, but no more. (See “cultural relativism” above.) It is a rare young adult who can “just say no” in his or her peer group, especially when the reason to abstain is grounded in faith.

● Their disaffection could be partially your fault. Perhaps you emphasized rules without reasons. Maybe you talked the talk, but didn’t always walk the walk. (See “hypocrisy” above.) Congratulations. You’re human.

● You may have raised them in a house of mixed faith and, instead of finding that enlightening, they found it confusing. Or maybe your options gave them permission to explore and decide for themselves, and now they are.

● Your adult child is learning his or her values in a place where a secular majority sets the rules. It’s called Social Media and it takes up more of their time than church ever did. Dissenters to the secular majority are pounced upon in vitriolic “comments” sections of on-line posts. Social media instantly bring knee-jerk “answers” to the questions that bother Millennials. At the same time, some churches may dodge those questions, or consider them to be a sign of lapsed faith. (David Kinnaman, Christian author of “You Lost Me,” and a researcher explains this in a short video.)

● Your child may never have felt the stirrings of a higher being in spite of their immersion in the busy activities of a faith community. Your church may call it revelation, or the voice of the Holy Spirit, or an answer to prayer, or an encounter with the divine. Whatever it was, your child either missed it, didn’t recognize it or forgot it happened. (David Kinnaman explains that reason for leaving the faith, among others, in this interview.)

● Some adult children leave your faith, but find another. The choice may come in a package with their choice of spouse.  In some one-size-fits-all churches, this may not amount to a defection. But for parents who are passionate about the rightness of their church and the singularity of the path, that may be the unkindest cut of all. To understand how this feels, imagine your Christian child converting to Islam, or your Muslim child converting to Judaism, or any combination thereof.

You may think of other reasons not listed here. If so, feel free to share them in the “comment” section below. Next week’s blog will explore how parents can respond productively to a loss of faith in their adult child.