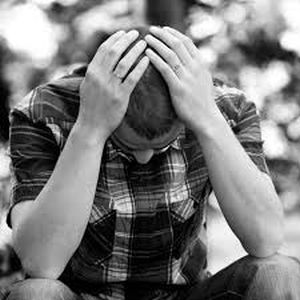 The scrapbook of Danny’s life tells one side of his story – Eagle Scout, mountaineer, gymnast, Mormon missionary, soldier, favorite uncle, friend, brother.  And then a casket carried by father and siblings to a grave in a military cemetery when he was just 27, dead from a drug overdose.

There are no pictures of Danny shooting up heroin or smoking crack, or sitting scared in a jail cell on Christmas morning waiting for his mother to bail him out. But that was one reality of Danny’s life, the version I watched his family endure for more than a decade.

I share this story with his mother Julie’s permission. She hopes other parents will find solace and answers in her honesty.  The names have been changed because my friend’s grief is still too raw. But there is no alteration of the facts, and the truth will be familiar for too many parents.
Those facts are not black and white. Danny did not transform one day from golden child to addict. It was a roller coaster. First he was an Eagle Scout, then he was a user. Next he was a college student, and then he was user. He was a proud soldier, and then a user. He was a Mormon missionary, and then, again, a user.

Danny blamed his parents’ divorce for his first foray into drugs, but Julie says “That’s just a sign of manipulation by a user.” He started in high school, before the divorce, possibly turning to drugs as a place of solace from the unexplained anger that had plagued him since he was a child. Like most parents, Danny’s mother and father initially were oblivious to his drug use. Julie recalled the day when the police phoned to say Danny had been mugged in the parking lot of the swimming pool where he was a lifeguard. He had left home that morning with cash he said he needed to pay for a traffic ticket. “He insisted it had to be cash,” Julie says. She and Danny’s father rushed to the pool to rescue their boy. In retrospect they now see it as a drug deal gone bad.

When Danny failed in his first semester of college, he wanted to come home, but his parents were already seeing the effect of the drugs. He was disrespectful, volatile and untrustworthy. “I think he thought I was an easy target,” Julie says. “For the most part he was right, until time passed.” She reluctantly realized she was not doing Danny any favors by giving him a home. “Having addicts live with you is not helpful to you or to them. It’s enabling and it gives them a soft place where they can continue doing what they’re doing.”

During the homeless years that followed, Danny’s parents made sure he always had a phone. One night he called Julie, lost and disoriented from taking LSD. “Mom? Are you my Mom? Can you come get me? Someone’s after me.” Julie found him after he was able to identify some street signs. She brought him home and they stayed up all night talking.

In those dark days Julie rarely knew where Danny was or what he was doing. In truth, she didn’t want to know.  “You have to build a wall where you can separate your daily life; a wall to protect yourself from the hurt and the disappointment and all those terrible feelings you have because you feel like you failed,” Julie explains. “You have to separate that in your own brain. It’s possible because I’ve done it. A lot of people probably thought I was cold or unfeeling. Those closest to me knew I was doing the best I could. ”

Julie comes from a religious tradition that puts the job of parenting above any other success in life. “In our church culture, if you teach them right principles and do enough, they’ll be okay.” That formula is the subtle message of her Mormon culture. Seemingly at odds with that is a foundational Mormon doctrine that God gives everyone the gift to choose between right and wrong.  Julie came to realize she was Danny’s mother but not his maker.  He was a product of his own choices, and when those choices took a destructive turn, there was little she could do except love him and keep the phone connection open.  “With an addict,” she says, “until they want to change, they won’t change.”  And Julie believes that drugs had robbed Danny of the freedom to choose.  “When they start using drugs, their brain development and their emotional development stops right there.  He was 16 or 17 and he never really grew up. You want to treat him like an adolescent, but you can’t because he’s an adult.”

What outsiders saw was a young man in a downward spiral, angry, disrespectful and manipulative. But inside Danny was putting up a valiant fight. In his early 20s he committed himself to an Army career, looking for discipline, a cause and a brotherhood that would help him stay clean. He blossomed for awhile and then failed a drug test and was discharged. He emerged with a renewed determination to make something of himself and soon was on track to be considered healthy and stable enough to serve a mission for the Mormon Church. He donned his suit and white shirt and headed for a foreign land, but within a few months he was home again, haunted by withdrawal demons and unable to fit in that exacting world.

Julie kept Danny’s missionary photo on her refrigerator through all that followed: the frustration with therapists who gave Danny mood-altering pills and expected him to use them with restraint; the time he showed up at her home, high and abusive, and ended up embroiling her in a domestic violence case; the Christmas Eve when the kids were all at her home to celebrate and got the call that Danny would not be joining them because he was in jail; the earnest efforts at rehab; the jobs he lost when he relapsed.

Slowly, and with her own setbacks, Julie learned to not be angry or place blame on herself or Danny. “He’s doing it because he’s addicted. He has been trying and he failed again, and he already feels like a failure. Why should I pile on that? Addicted people have a lot of problems and issues. They’ve lost good friends because those friends don’t want to hang out with an addict. They’ve lost friends who are addicts because they are dead. And they don’t really know how to make good friends again.” Danny would go to church and try to fit in with other young adults there, but he had nothing in common with them. His journal records a few times when he interacted with “normal” young adults and came home with a renewed resolve to try harder, to do better, to stop using. But at 26 he fell off his parents’ health insurance; the rehab services and behavioral medications he needed became harder to get.

In one last burst of resolve, Danny committed himself to a door-to-door summer sales job with an ambitious team of young men who enjoyed being around him and appreciated his work ethic. Julie let him move home for a couple of weeks until the team headed across country to begin work. The week before Danny left, he took Julie’s car and credit card for a joy ride and sold her laptop computer in the middle of the night. The next morning he was full of denial and faux bewilderment. Julie slept the next few nights with her bedroom door locked and everything of value locked in the room with her. “I told him when he left, ’You will not come back to my house. And if you do drugs this summer you will fail.’”

She kept in touch by phone throughout the summer. Danny was doing well, outselling the rest of the crew and enjoying his work. There were occasional calls when Danny told Julie he had been “sick” over the weekend, which she took to mean a relapse.

Then came the call from a police officer. Danny was dead from an unintentional overdose. Many times Julie had imagined that call. She had come to believe that it would bring her relief. But all she felt was overwhelming sadness for a loss of everything Danny could have been. There was no anger, and thankfully she had moved past self-recrimination. It is what she wants every parent of a drug addict to know, that they can find a way to create their own happiness in spite of that child. “You can’t allow the child with addiction to limit your own progress. That sounds selfish, but in the long run you learn and grow and realize things that help you deal with the addicted child. If you draw closer to God and move forward and progress in all of your learning, your understanding of your child becomes more clear. At least you find peace. I’ve learned a lot because of him. I think I’m more understanding and less judgmental because of what I’ve gone through with him. I don’t think I would change the lessons I’ve learned.”

Around her Julie sees seemingly perfect families with standout children, but she has learned not to envy them. “I have so much more insight than they will ever know.”

That terrible night after the phone call, after the friends and family had done all they could to comfort her, Julie was alone with her faith that there is an after-life where a loving God waits to embrace saints and sinners. Danny’s suffering was over and he had gone home. Julie opened her Bible to Jesus’s parable of the prodigal son – the story of the foolish young man who severs his family ties, squanders his inheritance and returns penniless to find his father waiting with open arms. “[M]y son, was dead, and is alive again,” the father says. “He was lost, and is found.”

(Parents of addicts cope better when they have more information. I suggest these publications: Understanding Drug Abuse and Addiction;   Addiction as a Disease of Free Will;  a recent essay in the New York Times about drugs as a learning disorder;  a TED Talk about new ways to think about addiction.)

Subscribe here  to receive email notifications of new posts from Parenting In The Borderlands.