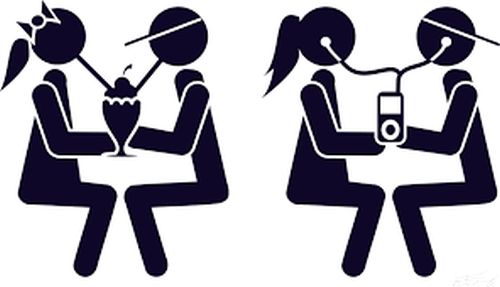 Some families have mottos or mission statements. Our family has a good-humored rejoinder: “You don’t know what you’re talking about.” It helps to diffuse a variety of family disagreements – our way of agreeing to disagree. It is a phrase that parents of adult children would do well to turn on themselves: “I don’t know what I’m talking about.”

There are 50 million young adults in America between the ages of 18 and 30. And they are nothing like you. Your generation may have parented them and instilled them with your values and expectations. But if you expect them to turn out like you, or live a life even vaguely similar to yours, you are in for a boat load of frustration.

Try as you might to love their music, speak their jargon, tweet, text and Snapchat with the best of them, you cannot know what it is like to live in their skin. You are yesterday; they are tomorrow. So stop trying to imprint your life on theirs and start looking for ways to understand their world.

First, get your terms straight:
■ They are the “Millennials,” born after 1980.
■ Their immediate predecessors born between 1965 and 1980 are “Generation X.” If you had to make a movie about them, it would involve Wall Street excess and greed.
■ You’re probably a “Baby Boomer,” born between 1946 and 1964. (Not coincidentally the “boom” ended with the advent of the Pill.)
■ Your parents and grandparents were either children of the Great Depression raised to respect authority and keep their noses to the grindstone (1928-1945), or they were “The Greatest Generation” (born pre-1928) that won World War II.

As you try to grasp the world your Millennial child lives in, keep in mind you were probably raised by silent conformists, against whom you railed in your youth. You eventually found yourself forced to conform to societal rules so you could support the children who are now the young adults who are nothing like you.

You went to college, bought an “interview suit,” got a job in your career field and stayed there because it was the best way to support your family. Or you learned a trade and stuck with it to pay the bills.

They have tattoos, multiple body piercings and purple streaks in their hair, and it’s no big deal. In fact they go to job interviews with those accouterments and nobody cares. A big chunk of them are unemployed and not particularly worried about it. They can couch surf for now and when they do decide to re-enter the work force, that year taken off to bum around Thailand might be considered an asset. And as for landing a career in their degree field, the mere expectation of that makes you a dinosaur. For you it was doctor, lawyer, teacher, engineer or a blue collar job that explained itself. Their future is full of jobs that you, and maybe they, don’t even know exist and that you couldn’t explain to your parents if you tried.

You were drafted and went to Vietnam or joined up and served in the Gulf War. And your soldier-fathers and grandfathers saved the world. But your children won’t serve in the military and may not understand why it was such a big deal to you.

You found a faith community – maybe the one you were raised in, or one you chose – because it seemed like the right thing to do for your family. It’s not likely that your adult children attend church regularly. A 2014 Pew Research poll concluded that four in ten Millennials pray daily compared to six in ten baby boomers. The survey found that the Millennial generation expresses even less religious commitment than when Pew polled them in 2007.

When it comes to higher education, the “four-year degree” is a relic of your day. Now it’s six or eight years, with multiple changes of emphasis, multiple transfers between colleges and occasional “gap years” of no college at all. The 2008 burst of the housing bubble and the recession that followed drove many Millennials to grad school because they had nothing else to do. When you tell them, “Just go out and get a job,” you don’t know the reality of their job market. Sure, they could flip burgers eight hours a day, but it won’t pay the rent and it may not even pay the cost of getting to and from work.

You married in your 20s and started having children. They’re in their 30s and still looking, and may be freezing their embryos just because they can. It’s not that they don’t want to be married. It’s just that they don’t have to right now. They respect marriage and family, but they will take their time deciding how to go about it and with whom.

The way they find the “one,” has changed dramatically since your dating years. They don’t date; they text and tweet and send messages back and forth on match-making websites. They sit alone in their dorms on college campuses surrounded by tens of thousands of potential mates and cruise the internet looking for companionship.

Dr. Jeffrey Arnett, a psychology professor at Clark University, coined the term “emerging adulthood,” to describe this phase of your child’s life. When you’re in the throes of discouragement about your adult children, I highly recommend any of his writings to calm you down. His 2013 book, When Will My Grown Kid Grow Up? authored with Elizabeth Fishel, explains why your emerging adult is taking so long to emerge:

“For the young people of fifty years ago, becoming an adult was an attractive prospect, a sign of status and achievement. They could hardly wait to get there, and within a few years after high school, most did. They had the new marriage, the new baby, the starter house, the lawn, the car in the driveway. Today in the aftermath of the Youth Movement of the 1960s [that was your doing], young people have much more mixed feelings about reaching adulthood. The value of youth has risen, and the desirability of adulthood has dropped accordingly. Today’s young people expect to reach adulthood eventually, and they expect to enjoy their adult lives, but most are in no hurry to get there. In their late teens and early twenties they are wary of the stability it represents, because in their eyes, along with stability comes stagnation. They prefer to spend the early part of their twenties unfettered, having experiences that won’t be open to them once the mantle of adult responsibilities settles on their shoulders.”

The differences between you and them may be jarring to you and your expectations, but it isn’t all bad. It’s just different, just as you are different from your parents and grandparents. It may not be the way you raised them to be, but your parenting was only a partial contributor to their outcome.

I speak here not of your child who is deeply troubled and dangerously off track, but of perfectly average emerging adults who are doing what everyone around them is doing.  If your frustration with them is rooted in your lack of understanding of their world, step back from your expectations and admit that you may not know what you’re talking about.