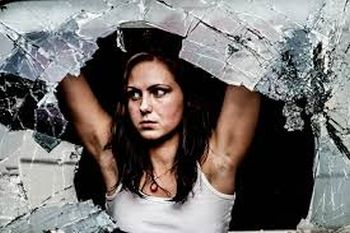 Admit it. There are times when you wish your troubled adult child would “hit bottom” because there is nowhere to go from there but up. Philosophers, poets and prophets have long argued that a little bit of hardship can go a long way toward building character.

This may come as difficult news if you are like most parents who considered it their job to smooth out the bumps for their child, to cushion the blows of a cruel world, to give them the advantages the prior generation never had. It turns out those advantages you gave them were really bubble wrap that enabled fragility.

Shakespeare wrote, “Sweet are the uses of adversity, which, like the toad, ugly and venomous, wears yet a precious jewel in his head.” The toad reference is a mythical one, and toads, contrary to what was once believed, don’t really have precious gems in their brains. What the Bard meant was that hardship has it’s own rewards. Lemons into lemonade, no pain no gain, Edison’s 1,000 failed attempts to make a light bulb.

Writing in 2009 in the New Yorker magazine, Malcolm Gladwell shared a theory that later appeared in his best-seller David and Goliath:

Consider the curious fact that many successful entrepreneurs suffer from serious learning disabilities. Paul Orfalea, the founder of the Kinko’s chain, was a D student who failed two grades, was expelled from four schools, and graduated at the bottom of his high-school class. “In third grade, the only word I could read was ‘the,’ “ he says. “I used to keep track of where the group was reading by following from one ‘the’ to the next.” Richard Branson, the British billionaire who started the Virgin empire, dropped out of school at fifteen after struggling with reading and writing. “I was always bottom of the class,” he has said. John Chambers, who built the Silicon Valley firm Cisco into a hundred-billion-dollar corporation, has trouble reading e-mail. One of the pioneers of the cellular-phone industry, Craig McCaw, is dyslexic, as is Charles Schwab, the founder of the discount brokerage house that bears his name. When the business-school professor Julie Logan surveyed a group of American small-business owners recently, she found that thirty-five per cent of them self-identified as dyslexic.

Short of arranging for your 20-something to develop late-onset dyslexia, how can you insert some adversity into his or her life? You can either create adversity or allow nature to take its course.

First, set a good example, but don’t think that your example is enough. Your children may have seen you drag home from work every night after giving your best to the job. You thought you were modeling the value of hard work. But all they were thinking was, “Our family is gifted with plenty of money, which probably grows on trees.” Don’t continue to foster that kind of thinking. Don’t give your adult child expensive gifts and cash bailouts you can’t afford just to perpetuate a myth of your own success or ease. Let them see that you still struggle to make ends meet, and that’s okay.

If your adult child is living at home, assign chores – lots of them, and not just the ones that skim the debris from their own space. Let them experience the hardship of coming home after a tedious day at work and still have floors to mop and a lawn to mow. If they don’t follow through, show them the door. Even if your children don’t live with you, you can still ask them to do hard things. If you have a big project at home, enlist their aid. My father-in-law was the master of this concept. In his eyes, his six sons were a child labor pool that never grew up. Did they resent it? Sometimes. Did they learn strength and skill from backbreaking labor? Always.

Perform service for others as a family. I have a friend who, every year, takes her adult children to Mexico to build orphanages. You can find opportunities closer to home to show your self-absorbed Millennials the uses of adversity. This may not be their idea of a good time, but that’s the whole point. Don’t expect overnight success. Years ago while I was forcing my cranky pre-teens to shovel snow off our driveway after an East Coast “storm-ageddon,” I noticed that the elderly widow a few doors down was struggling to clear her sidewalks. “Go down there and help her,” I ordered. The kids went off grumbling, but came back after an hour clearly delighted with themselves. I was sure this act of selfless service had thawed their little frozen hearts, until they waved the money the widow had paid them. Similarly, your 20-somethings, unaccustomed to thinking beyond their own needs, may take repeated exposure to the less fortunate before they soften.

When your children were little, you lured them into chores by promising a good time. “Come on, kids. It will be fun.” That was probably a mistake. Adult life doesn’t usually offer us those “Whistle-while-you-work” jobs. When you encourage adult work for your adult children – either hard work at home or service for others – it’s best not to pitch it to them as a lark. (“Let’s clean toilets at the homeless shelter. It will be fun.”) The point is to expose them to adversity that educates.

If your adult children really need you to help them out of a bind, make it conditional on repayment (if it’s money) or reform (if it’s a pattern of bad behavior.) Then stick to those terms so they still experience the hardship of solving the problem. In the case of money, charge interest on your loans and agree on collateral that you will confiscate if they don’t pay. When bad behavior leads to adversity severe enough that you feel you must intervene, withdraw your support if the behavior doesn’t improve.

If all else fails, pray for hard things to happen to them. Then stand back and watch them grow.