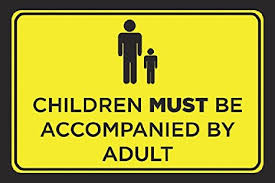 More than two decades ago, as a new and naive mother, I assumed that when my children turned 18, I could put their suitcase on the front porch and tell them, “My job here is done. Write when you get work.”

I recently followed an on-line exchange between parents arguing about whether it was harder to be a parent to minors or adult children. Predictably the soccer moms considered sleepless nights, the terrible twos and teenagers to be their personal portal to hell. The empty nesters made a stout case for the terrible 22s, and between the lines I could sense their smirks : “Just you wait; you ain’t seen nothin’ yet.”

No matter what challenges or triumphs you experienced with your young children, when the other shoe drops, it might well be a size 14.  A wide range of surprises, disappointments and outright disasters looms for parents of adult children:

♦John brings home a wife who is nothing like you planned for him. She can’t string a coherent sentence together, yet she plans to home school your grandchildren. And, by the way, don’t plan on gathering the family around that Thanksgiving turkey or teaching your grandchildren to make your old family recipes because your new daughter-in-law is a lactose-intolerant, gluten-free vegan.

♦Mary changes her college major from pre-med to feminist studies and assumes you will be thrilled to continue paying her tuition, right through grad school.

♦Ted and his wife Sherry announce that they don’t plan to give you any grandchildren because the world is too overpopulated already. He already got a vasectomy.

♦Alex borrowed money from you and won’t be paying it back any time soon because his priorities are Starbucks and iTunes. A guy has to live.

♦Jane, the daughter you counted on to always be there for you, gets a job on the other side of the world and gives no thought to how she will maintain ties with the family.

♦Peter won’t take your phone calls and emails, and you really have no idea what you did to alienate him. Or maybe you do have an idea but you can’t fix it.

♦Samantha, your brilliant child, drops out of college and burns through a new job every two months. If you don’t let her move back home, her option is to live under a bridge.

♦Allen tells you he no longer believes in the religion of his youth. He was only going along with it all those years (the baptism, the Bar Mitzvah) because you made him. Religion is an artificial construct for the desperate, or so his college professors tell him.

♦Jim wants to move in with his girlfriend and says they don’t need a piece of paper to validate their love and commitment. They do, however, need your basement apartment.

♦Patty and Mark file for divorce because Mark is addicted to pornography. They enter a bitter custody battle for your shattered grandchildren.

♦Dan, Susan, Clint or Sarah come out as gay, lesbian, bi-sexual or transgender. Of course, you love them. But now what? Just yesterday you were shopping for a prom tuxedo for your son, and now you feel like collateral damage in the war over same-sex marriage.

♦Nancy goes away to college and comes back at Christmas covered head to toe to hide the scars on her harms and legs. She has been cutting herself.

♦Carl is diagnosed with bipolar disorder. He can’t hold down a job or stay in school.

♦Joyce is so thin, you suspect she is anorexic or bulimic, but she tells you to mind your own business.

♦Larry calls from jail. He has been arrested for heroin possession. You had no clue, but it’s already serious enough that he needs extensive rehab. Will your insurance pay for it?

♦Rachel’s phone calls become fewer and farther between until you get the call from the ER that she has swallowed a bottle of sleeping pills.

♦Jacob is in prison. At first you didn’t believe it was possible, but now the evidence is overwhelming that he molested his own daughter.

If none of these scenarios or any of their many cousins applies to you, then you are indeed fortunate.  Or perhaps, a truism might be applied. As it is said of Texas houses, there are two kinds — ones that have termites and ones that are about to get termites.

Every rapist has a mother. Some addicts were raised in “good” homes. A few valedictorians fail in college. Mental illness is never on a bucket list. No father ever looked at his precious newborn baby and said, “You’ll be living out of a shopping cart at 21.”

The reality is that one or more of your adult children will likely end up living a life that you never imagined for them, on a scale from annoying to tragic. And you will be drawn into that life physically, spiritually, emotionally and financially.

Of course, each parent’s pain must be acknowledged and there is, in reality, no contest between the soccer moms and the empty nesters. There is, however, a difference. It comes down to control. When children are very young, parents control the essence of their lives – their food, their playmates, their medical care, the books they read, the clothes they wear, the places they go, the ideas and values they are exposed to. If there is a problem, you fix it.

But gradually, through the ‘tween and teen years, that control gives way to necessary independence. You, who monitored every sniffle and immunization, now have no idea if your bi-polar son is taking his meds. You once enforced teen curfews and imposed consequences with “tough love,” but now you can only trust that your adult daughter is home in bed, alone, or at least not with a perfect stranger. You put parental controls on the TV and password protected every computer in the house, but now you can do nothing to stop your adult son from wallowing in pornography.

You feel out of control and your heart is breaking. You want to scoop them up as you did from the crib and walk the floor, patting them on the back until they fall asleep. If you are one of those moms or dads, you are not alone.